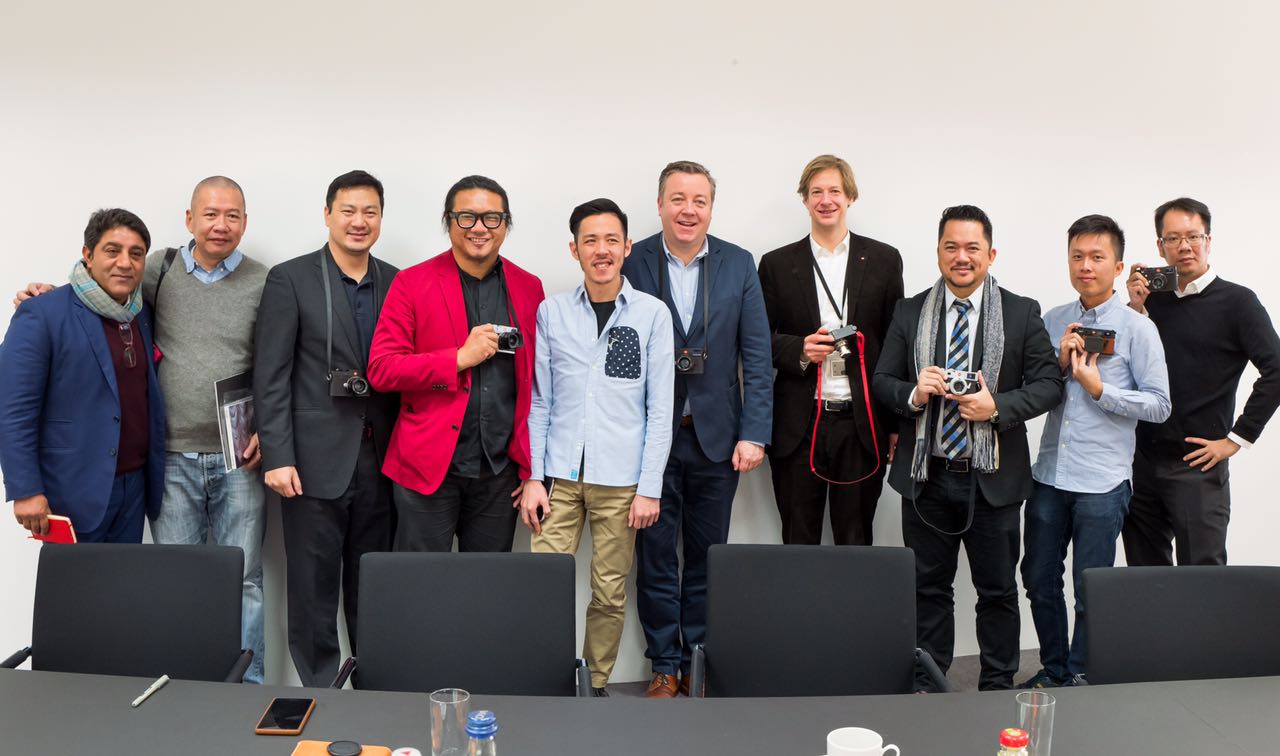 Most of us are curious to know why the video function is removed from M10 ?

Stefan : The point is that we have intensive customer survey. It also because somehow we’re the customer too, because we use the camera quite often. What came across, many people said that is not really necessary. I hardly or rarely used. Some even says I don’t get M 240 because it has video on it. So we say okay, let’s remove it, because it is not that popular. Many even requested us also a firmware update to disable the video button in M 240.

Jesko : That’s another reason we figured out the video function in M 240. It is very popular with profesional video user, but as we target to develop function for professional needs. We learnt that they have additional need like HDMI connection, microphone in and out.

If we have to continue to make pro video camera, we would have to add these plugs. And we decided to make a pure product for rangefinder photography.

Now, we have Leica SL, which has a very good video function. We’re in a more comfortable position to focus on customer for M rangefinder and SL for the video. We will also continue selling Leica M 240 and MP 240 if M user want to have video function.

I can’t see the Typ number designation. Is Leica back to original numbering system?

What’s in the reality took place, is that people need to differentiate and then the Typ number comes into the play. It was what a bit undesired. It became the product name, which is not our intention. The Typ number was just meant to be the way of differentation.

It became part of the product name, and we don’t like that. So that’s why we said let’s back to the number, because it is more bold, it is more clear and by the way that will happening with with other product line when the new product comes along.

Is the sensor in M10 is a brand new sensor?

Jesko: It’s true that it is a really brand new sensor. Of course the experience from SL and Q take action also in developing the sensor for the M system. It is not the same, even though it is same spec 24 MP and the performance is also quite similar. but it is a unique sensor, and M lenses need a special certain design especially the micro lens shift, special glass package.

What is the difference when we mount M lens to other camera compare to M10?

Jesko: The most visible difference would be the performance in the outer edges. The SL is also very good for M lenses compare to other manufacturer camera, but not as good as the M.

Stefan: Best camera for M lens is M camera, second best is an SL and then all the rest come.

How long have been in development?

Stefan: The sensor and the camera when we started the project is a little bit over two years. The real start of the physical development is about two years ago.

Who makes the sensor?

Stefan: It’s possible but you won’t get the answer. Hahhaa.. no.. kidding. It became more difficult. it’s not one vendor, because we are dealing with several companies, and it would be a bit confusing, because the pixel is made here, the packaging is made somewhere else, the glass is made in third country. I would say at least a dozen countries are get involved. That’s global sourcing.

What is the innovation required to slim down the latest M?

Jesko: The principle of Leica M Typ 240 was the M sensor of course we call it sensor board and there is mainboard which had the size like the whole camera, so there are three layers. with the m10, our engineers succeeded in taking this large mainboard divided in two parts. so we can adjust them in one layer with the sensor board. that’s how it gets thinner. It is now possible because components get smaller from the time being, and memory and all this component has higher capacity. By now it is possible to shrink the size. Electronic is getting smaller.

How many parts that M10 has, compare to analogue camera like MP? 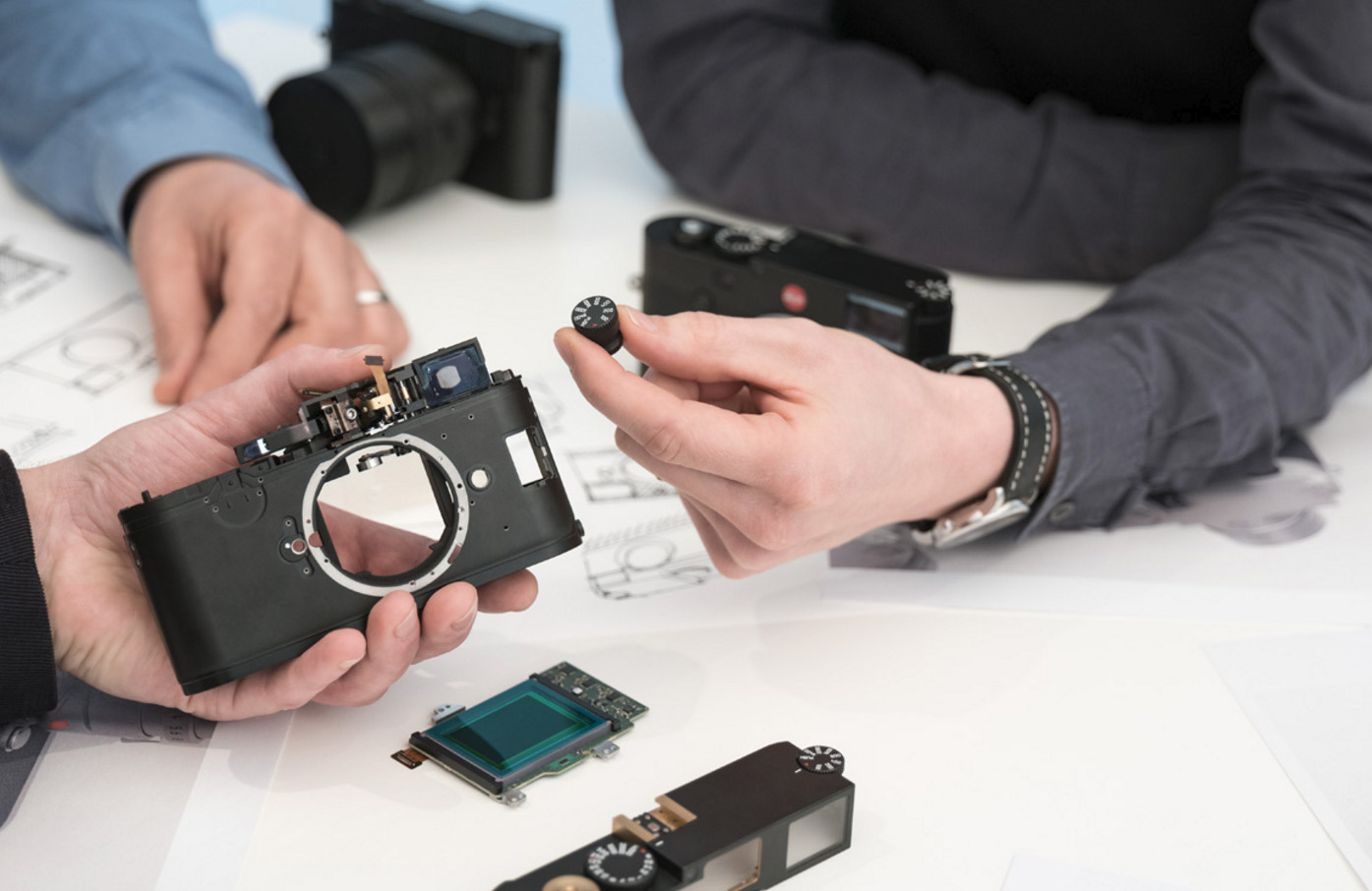 How many are done manually and robotically?

Stefan: Of course the electronic is made by robots because the precision is much higher than somebody is sitting there and soldering. But the main parts, it’s always a combination higher precision tools, higher precision machinery. In the end, final touch by human being. I think that is essential point. As you can see later down in the assembly. that the product is really going from step by step and crafted by hand. If you visit other manufacturer factory, you will see human being the first time after 45 minutes, that is not the case here. There is more manpower and hand crafting more.

Is the battery entirely new?

Jesko: It is the entirely new, it have to be smaller than battery in M 240, larger won’t fit in. It is smaller capacity, but still in a very good level for every day shooter. If you are rangefinder shooter you’ll get 500-600 shots. It is better than M9.

Stefan: Typ 240 have the video function, the M10 doesn’t. that is reason for some to go to that camera. As you have seen when we launched the M 240 we also continue selling M9 and the M-E. And this time we decide to keep the previous model in the range.

Stefan: I think the we position the SL as daily workhorse with very versatile function such as 4k video, and the plugs, the fast autofocus etc. So I think it is more replacement for a DSLR, and the M is so special from the product point of view, that you might want to use both according to the situation because on the M you can’t really have zoom lens, if you need really fast autofocus the M is not a good choice.

So the M is for a certain style of photography, if you are in a certain mood. I will not use M to photograph sports because that is not the tool, that’s why we have SL for that application. Of course there will be some overlap, you can have a landscape picture wth that with an Q as well.

Will it be successor of the M8 the film/analog camera?

They will stay in the range at least a while. We have need to see how this product come along, how the price is being accepted, but the final decision is not taken yet.

ISO dial – How did that come about?

Jesko: We figured out that the analog M camera is kind of the iconic camera, it is also for the workflow. If you have everything under control manually. You adjust all photographic parameter maybe before you take the shot. The ISO speed is the only thing that you really need to change a lot today. The ISO is the only thing you need to change in the screen then. So we decided to put in ISO dial.

Stefan: I have set the camera and taking your shot now, and I know it wil be a good picture, I can guess the lighting and estimate the distance. My guess was almost right. You can be a very fast photographer by having all the control on your hand. If i would need to go to menu to check what is the ISO, that is a different game.

Jesko: The Leica M-D was the camera that show us this workflow earlier. prove to be very effective because of the ISO dial.

Why in ISO Dial only have single/full stop not 1/3 stop? Why it is quite hard to push up to iso dial to change the ISO ?

Jesko: It was a very concious decision. deliberate.. It is because the dial should be very small and it will not be enough space. The solution is there is M position, you can have even 1/3 stops. You can change the ISO from the menu. If you really want to have it, there is solution for it.

And for the 2nd question. The most important is to make it safe against the accidental knocks. The found the solution is only possible to push it up using two fingers. Because with 1 finger, it won’t doesn’t work with only 1 finger. It really intended to be a bit difficult.

Stefan: The worst thing that could be happen is someone is shooting in difficult environment and the camera. After the shot.. sh*t., we don’t want that to be happen. That’s the idea. Because it is quite exposed position.

The raw file (DNG file) is smaller than the M 240, and do we have choice of the uncompressed RAW file?

Jesko: It is not available anymore. we decided to only to offer compressed file. Because we do know it is lossless. The performance of the camera is much better because the files are smaller. We figure out that most customers use uncompressed because they dont trust the compressed, and as a result, they don’t use the full possibility of the camera. The quality of compressed and uncompressed is the same.

I wonder if 5 fps is important for M user. Is it overbuilt?

Stefan: I wouldn’t say 5 fps is overbuilt. It is more than fast enough. That is the technical possibilities because we have the Maestro II processor.

So in the future two card slots instead of one?

We need space for the extra card slot, so if the electronic is more streamlined in the future, it will be possible to do so. 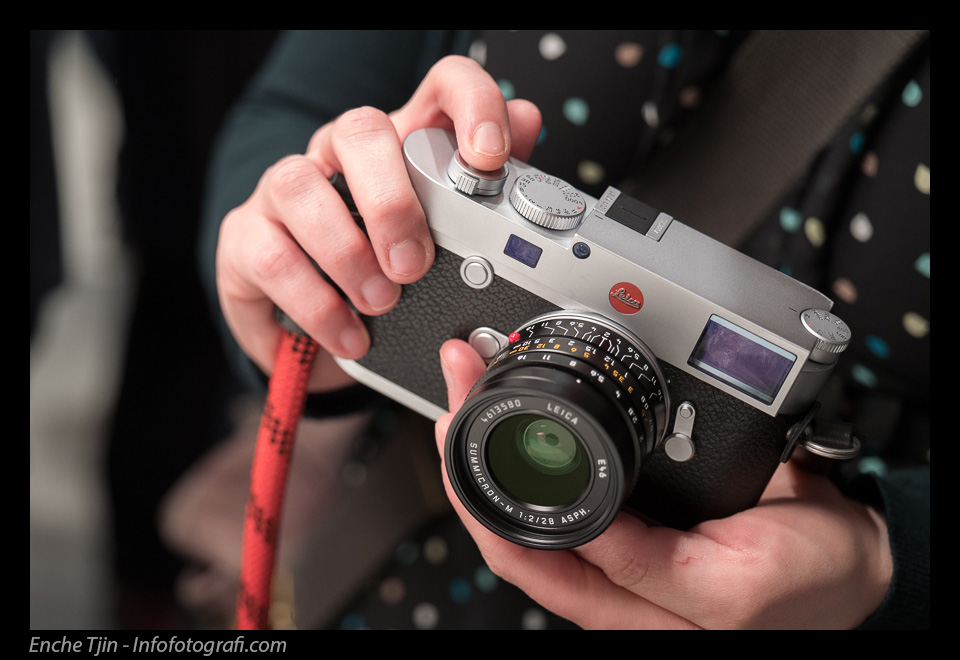 What would be in biggest draw of the Leica M10, especially for those who are not immerse in Leica system yet?

Stefan: Mmm the M as I would say is a archetype of a camera, because it represent a certain type of camera. With the M10, you’ll get the feeling of shooting the M at its best like in the analogue time. Because the camera is unobstrusive, and is silent, and people don’t take you as a serious photographer.

That will take a while for non-experience people, but it is not for everybody, but many of them will then accomodate to that and will discover that special secret.